The Parish of Fitzroy Harbour is a community inspired and strengthened by the Holy Spirit to Support, Share, and Serve in the world.

Our Clergy and Staff

Fr John Stopa arrived at the Parish of Fitzroy Harbour on January 28th, 2018 as Interim Priest-in-Charge.  He immediately fell in love with the people of the parish as well as the geographical area.  The parishioners liked him too.  Bishop John Chapman appointed Fr. John the Incumbent of the Parish effective July 1, 2018.

Fr. John hails from Ottawa where he grew up in the west end of the city. He attended local schools and graduated from Carleton University with an undergraduate degree (B.A. Hons.)  in Religion in 1991, and a Master of Arts in Religion in 1993.  In 1994, he enrolled in the Bachelor of Theology program at Saint Paul University in Ottawa, which he obtained in 1998. In that year he began studies toward the professional degree of Masters in Pastoral Theology; he graduated from Saint Paul University with that degree in June, 2000.   He was ordained to the Diaconate on November 12, 2000 and Priested on February 24, 2001. He was the first Incumbent of the Parish of Northern Pontiac (2000-2008).

John’s interests include cooking, filmmaking, writing and enjoying his dogs Gigi and Ginger. Morley was Organist/Choir Director at churches of various denominations in the Ottawa area for many years, serving the Parish of Fitzroy Harbour for more than two decades. In addition to the regular church services, he played at funerals and weddings throughout the region.  He touched us all with his music and enriched our worship. He will be sorely missed. 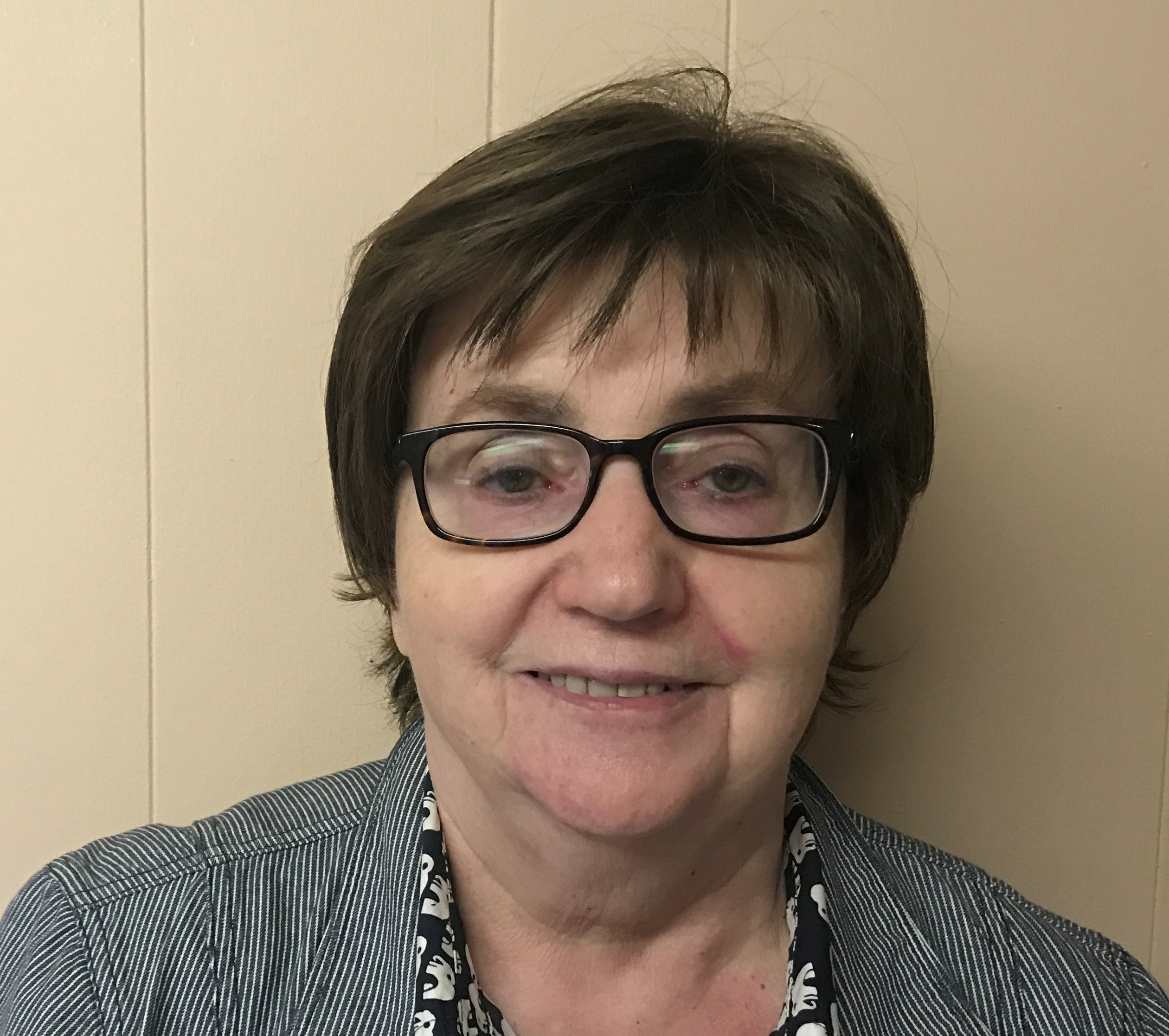 After graduating from the University of Western Ontario she began her working career as a computer Programmer in Toronto. After 3 years in the work force she took a leave to raise her 5 children. She returned to programming when the last child started school. In October 2007 Cathy became the Parish Administrator for the Parish of Fitzroy Harbour. She volunteers at the Arnprior and District Museum concentrating on the textile collection and loves Quilting. “There is always something new to try.” 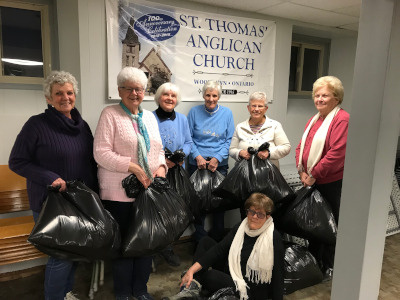 The women of the Diocese of Ottawa had a name change from Women's Auxiliary to Anglican Church Women a quarter of a century ago! What's in a name? Lots! As well as being interested in the missionary element, we include all the women of the Church, of all ages and interests. Because we all have gifts which we can share, whether they be music, choirs, teaching, taking our full part in the service and work of the Church, having fun, going to plays, taking trips, having picnics? we are not as stuffy as our initials might suggest. St. Thomas’ ACW meets once a month on the 2nd Monday of the month, from September to May. Our evening starts with dessert and fellowship at 6:30 p.m. with meeting starting at 7:00 p.m. In November we prepare containers of cookies and squares to be given to shut ins. Fundraisers are December annual cookie sale and February pancake supper. We also cater to funerals when requested. In May we collect items for the “Bales for the North” which are sent to communities in the North. ACW is a great way to get to know the ladies in the congregation. We always welcome new members. 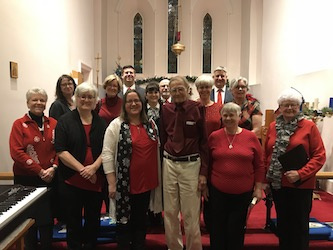 The Parish has a part-time choir comprised of singers from both churches. The choir sings at Christmas and Easter services, as well as on other occasions. New members are always welcome. A quartet performs occasionally at both churches. Contemporary music is provided on a monthly basis by a volunteer band.  Talk to Carolyn Beeton if you are interested in joining any of these groups!

Our parish men take part with an informal ecumenical Men's Breakfast Group, who meet once a month on Saturday mornings for breakfast, good fellowship and to listen to a guest speaker. The group is open to any men in the community whether they attend a church or not. The group has met at both St. George's and St. Thomas' as well as at Bethel St. Andrew's United Church and other churches in the area. Topics from guest speakers have covered subjects such as health, outreach issues, to historical interest and travel. Any men in the community are most welcome to join with us at any of these informal breakfasts at any time. It is a great way to meet and chat with other men in the community.

The Altar Guild has been called “Housekeepers for the Lord”. We support and operate under the direction of the clergy. In preparation for service we ensure the hangings are the correct colour for the occasion. The flowers that beautify the altar are in memory of loved ones. The altar is correctly arraigned to assist the clergy in leading the worship of our Lord. Those interested in joining this ministry call the parish office, 613 623 3882.

Ministry for seniors is often a primary focus for the clergy and pastoral care team. As individuals become increasingly frail and isolated, the compassion of God revealed in Jesus calls the church to a ministry of support, conversation, listening and advocacy. In this way we strive to be present to the seniors in our midst. Our parish ministers to our seniors in the following ways:

The Pastoral care in the parish is largely within the hands of our clergy, with some assistance by some members of the parish. Over 30 individuals are visited between the two churches. If you are interested in becoming a member of the pastoral care team or you know someone who would benefit from pastoral care, please notify the parish office 613 623 3882

Find us on Social Media

Join us for Sunday worship

Copyright © Parish of Fitzroy Harbour 2019-2022. All rights reserved.
Except as permitted by the copyright law applicable to you, you may not reproduce or communicate any of the content
(including images) on this website, including files downloadable from this website without the permission of the website owner.